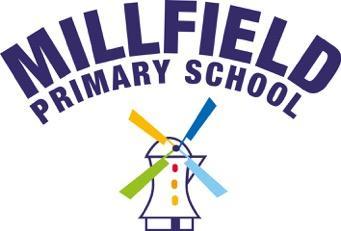 Religious Education has an important place in the school curriculum. In an increasingly divided and intolerant world, it is more important than ever to learn about and respect other world views and to look at how they are similar, as well as different. In a part of the country, where our children have less opportunity to meet and explore cultures and beliefs different to their own, opportunities need to be incorporated into the curriculum wherever possible. It is essential to include secular world views, such as Humanism, to show that not everyone believes in or follows a religion. We also need to demonstrate that it is possible to be moral without being religious and that you can create your own moral code.

RE lessons give children the opportunity to question and debate ideas in a safe and supportive environment and to learn to disagree without falling out. It is a chance to introduce philosophy into the classroom, allowing the opportunity to extend critical thinking and learn that not all questions have a right or wrong answer. These skills are relevant to all areas of the curriculum, whether that is the forming and challenging of a scientific hypothesis, or questioning the validity of “fake news” online. Also, encouraging children to think for themselves and to question what is in front of them has safeguarding implications, such as making their own risk assessments or questioning someone else’s motives.

The Purpose of RE

“High-quality RE will support pupils’ religious literacy. In the context of this syllabus, being religiously literate means that pupils will have the ability to hold balanced and well-informed conversations about religion and worldviews. Pupils will be able to make sense of religion and worldviews around them and begin to understand the complex world in which they live. RE is primarily about enabling pupils to become free thinking, critical participants of public discourse, who can make academically informed judgements about important matters of religion and belief which shape the global landscape.”

The Norfolk Agreed Syllabus 2019 uses an enquiry-based multi-disciplinary approach, the disciplinary fields being theology, philosophy and human and social sciences.

It is about asking questions that believers would ask. It requires pupils to think like theologians, or to look at concepts through a theological lens. Pupils will explore questions and answers that arise from inside religions and worldviews. (As theologians, we will…)

It is about asking questions that thinkers would ask. It requires pupils to think like philosophers, or to look at concepts through a philosophical lens. Pupils will explore questions and answers raised through considering the nature of knowledge, existence and morality. (As philosophers, we will…)

It is about asking questions that people who study lived reality or phenomena would ask. It requires pupils to think like human and social scientists, or to look at concepts through a human/social science lens. Pupils will explore questions and answers raised in relation to the impact of religions and worldviews on people and their lives. (As social scientists, we will…)

Two strands of study from each discipline would be followed throughout the seven year groups, so that we follow a consistent Progression of Skills. Each year group will study one topic from each discipline, over a two year rolling programme. All the main world religions and non religious world views are covered in the plan. The syllabus recommends focusing on a “core question”, using the skills strands to suggest how to investigate that question. These have both been incorporated into the Curriculum Overview. Learning would be shown in a number of ways, such as through artwork, writing, performance or debate.

Assessment would take the form of Learning Objectives being set and met, in line with the Progression of Skills, rather than a formal assessment. This approach should engage the pupils more, especially if they are given a say in how they can show their understanding of the subject matter being taught.

Where possible, RE should be incorporated into the general Learning Theme for the term, which will give it more relevance and will enhance the subject already being taught.

Check the School Calendar for Clubs, Workshops and Events
Top

Unfortunately not the ones with chocolate chips.

Some cookies are necessary in order to make this website function correctly. These are set by default and whilst you can block or delete them by changing your browser settings, some functionality such as being able to log in to the website will not work if you do this. The necessary cookies set on this website are as follows:

Cookies that are not necessary to make the website work, but which enable additional functionality, can also be set. By default these cookies are disabled, but you can choose to enable them below: